Faithful attention to authenticity has made Mississinewa 1812 the premier living history event in Indiana and the largest War of 1812 living history event in the United States. The event, sponsored by the Mississinewa Battlefield Society, is a historical commemoration of the Battle of Mississinewa fought here on December 17-18, 1812.At this event, you will step back into the wilderness life of early Indiana Territory. During your travels, you can experience military encampments, Indian villages, rivertown, wilderness area, food & drink, traditional crafts, and music/songs/stories... all from 1812. 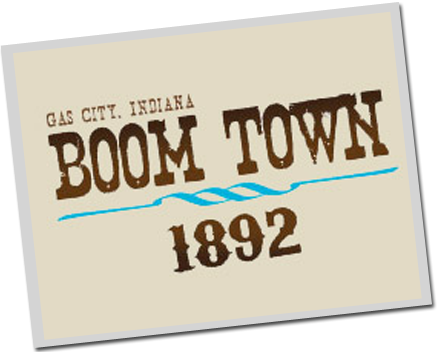 Gas City, Indiana boomed in the late 1800's - early 1900's because of the discovery of natural gas. This trip back in time is a celebration. Citizens and guests dress in vintage clothing, eat great dishes such as pulled pork and pies, and experience fun activities and shows, like boxing matches.

Walk or drive through the 1877 bridge for unique craft exhibits, continuous live entertainment , a variety of food vendors, antique engines, pony rides, a steam-powered sawmill, antique tractor pull, and the world famous Matthews Lions Club frosted malts! It is held every year on the weekend after Labor Day and is known as the "Most entertainment in Indiana for $2!" 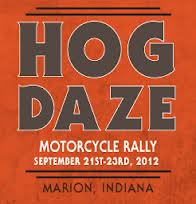 With a beginning that took place on the 90th anniversary of the 1920 Marion International Motorcycle Race, Hog Daze Night represents a group of famer 'hog' boys that were infamous for the picture taken with their mascot, a hog, on their Harley-Davidson motercycles. The team became known as "The Hog Boys." The "HOG" now stands for the "Harley-Owners Group" which is now known world-wide as a leading motorcyle brand. 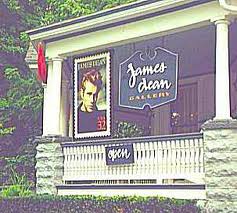 Every September, James Dean fans - the ones who leave red lipstick-clad kisses on the sunbaked headstone of his grave - converge on Fairmount, Ind. and attend the James Dean Festival. Together, they celebrate the life and work of one of the most enduring legacies in Hollywood. The festival's main attractions are the Annual Museum Days and the Annual James Dean Run. This Festival is the quintessential festival for fans that wish to honor and celebrate the young actor who personified what it meant to be "cool" - James Byron Dean.

The Ducktail Run is one of the "best" shows in the Midwest. With approximately 2825 vehicles registered, the Ducktail Show has been said by many to be "the best show they have ever attended." In 2010 there were cars from 42 states and Canada. Ducktail features cars from 1972 or older.

Houses the largest waves (5-Foot) in all of Indiana

As a service of Marion Public Library, the Museum exists to preserve and make available, primarily through artifacts, the history of Marion and Grant County, Indiana. Housed in the historic Carnegie Building, the Museum includes items leased from the Grant County Historical Society which were displayed in the Matter Park Octogenarian Museum until 1991.

In addition to artifacts related to the town, its families, and schools, the museum also holds many pieces related to and once owned by James Dean and his family. These include awards, clothing, motorcycles, and much more. In addition, the museum houses a tribute to another Fairmount native, Jim Davis and his creation, "Garfield."

Since 1975, the museum and its board have sponsored the annual Fairmount "Museum Days" Festival. The three day festival, always held the last full weekend in September, gives special recognition to Fairmount natives who have made a distinct mark in the world. The theme of the festival centers itself around activities relating to James Dean and Jim Davis' character, "Garfield." These activities include recording stars from the 50's, James Dean Look-A-Like contest, the showing of his movies, a car show featuring approximately 2,000 cars, and much more. 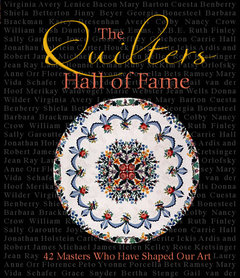 The Quilters Hall of Fame honors those who have made outstanding contributions to the world of quilting. The Marie Webster house in Marion is now the home of The Quilters Hall of Fame documenting America's quilt making heritage. The significance of the house was officially recognized in 1992 when it was designated a Landmark of Women's History and National Park Service, the only of which honors a quilter!

Marion Indiana Golf Courses score big with the new Walnut Creek FREE App! Give it a try, download from the QR code below and see all the neat things it will do, GPS included along with several scoring options. We are looking forward to making the App do more things and making golf here at Walnut Creek and Club Run even more fun! Walnut Creek is the first in Indiana to utilize the new Gallus Golf App Technology! Join our monthly birthday tournament during the month of your birthday. Recieve a free 18 hole greens fee as well as the winner of the Monthly Birthday Tournament wins a free sleeve of Titleist balls.

Open September – June. Built, owned and operated by a Marion family since 1937, the Idyl Wyld has been rolling out family fun for over 70 years! And there is plenty to do besides skating…we have an arcade complete with vide games, pool tables and ski ball. Trade in the tickets you win for cool prizes. Visit our website for current admission and pricing schedules. See you on the rink!